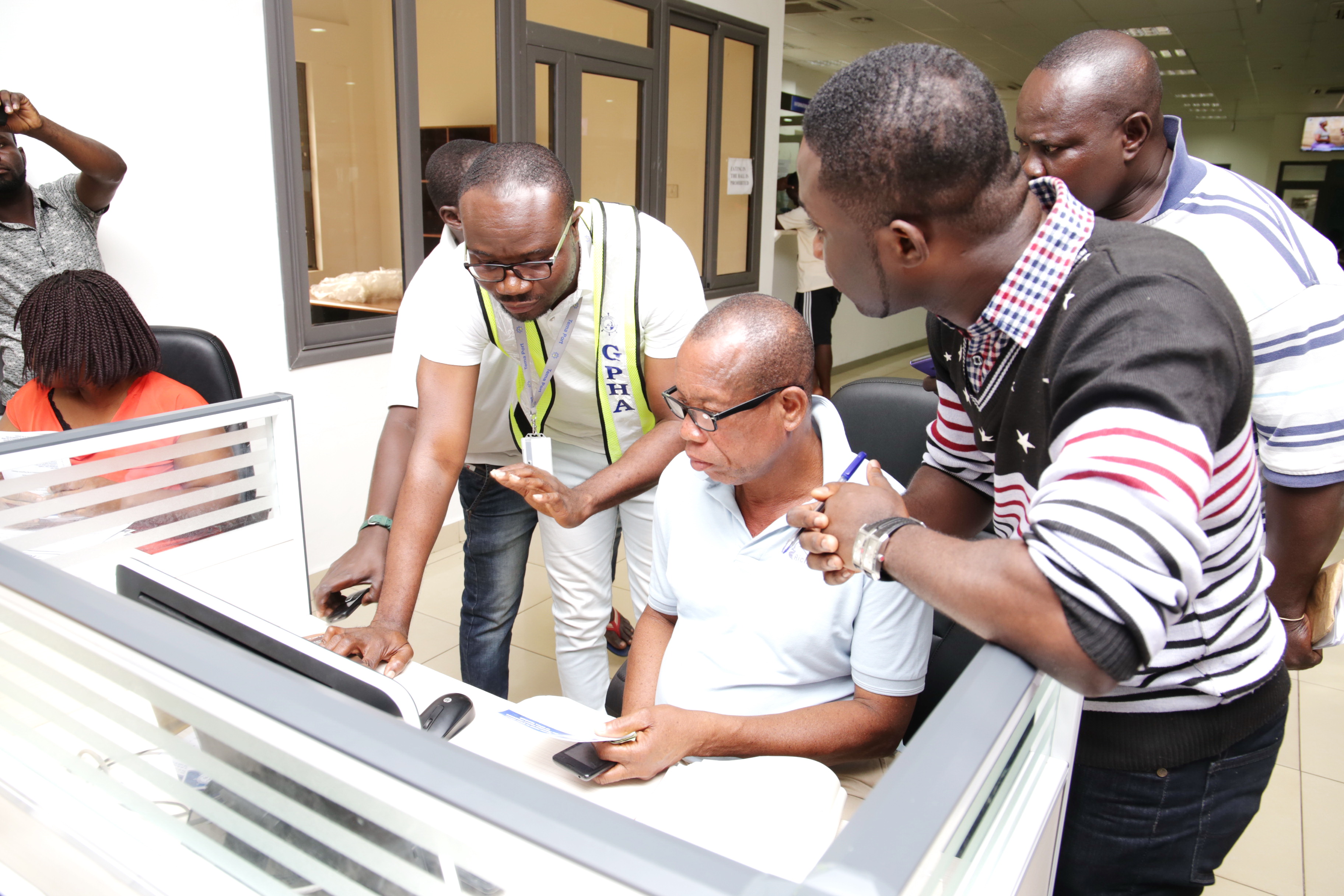 The much-touted paperless clearance system at the Tema Port which took off without any hitches last Friday, September 1, 2017, is expected to prove its mettle when normal business resumes today.

Last Friday was a statutory holiday because of the Eid-ul-Adha celebration and the delivery units at the port which required clearance transactions did not function.

This means that the full functionality of the system could not be put to the test as a result of the absence of the usual traffic that characterizes business transactions at the port.

But officials of the Ghana Ports and Harbours Authority (GPHA) said the ship side of port operations was functional last Friday and that two people made online requests which the operational team was able to respond to and serve appropriately.

“We received two requests for service from the Ghana Integrated Cargo Clearance System (GICCS) platform – one was a reefer container and the other was a dry container. When the requests were received, we were able to generate invoices and sent them back to the GICCS platform for the agents to have access,” the GPHA’s Corporate Planning and Monitoring Manager, Ms Josephine Gyima-Akwafo, said.

The Director-General of the GPHA, Mr Paul Asare Ansah, in the company of the Director of the Tema Port, Mr Edward Osei, and others toured the various centres over the weekend to ascertain the number of requests made by agents.

Saturday, September 2 was also a weekend and the revenue centre at the Tema Port was a bit slow, but pockets of clearing agents went to the GPHA Revenue Centre to make enquiries on how to make their requests online.

According to the General Manager, Marketing and Corporate Affairs of GPHA, Ms Esther Gyebi-Donkor, the authority had made provisions for a customer service centre to assist agents to use the online systems without any difficulties.

The GPHA said importers or clearing agents who had started the clearance procedures and made their requests during the period when paper was used before the September 1 paperless deadline would be allowed to complete their paper transactions until all such transactions were gradually phased out within a very short transition allowance period.

“The number of people who came around to do the clearing had started the process already with the old system and so what we did was go through a transition period to allow them to clear those ones through the old system,” Ms Gyebi-Donkor said.

Indications from the GPHA point to the fact that the success of the paperless operations would continue in the days to come and that where there are challenges, the authority will work on them to perfect the system.

At a port efficiency conference in May 2017, the Vice-President, Dr Mahamudu Bawumia, gave three directives as part of efforts to improve trade in the country.

They were the removal of all customs barriers on the country’s transit corridor, a joint inspection by all regulatory agencies at the ports and hundred per cent paperless transactions at the ports.

He followed that up with an official road map on the paperless process flow to guide the operators and the agencies in the port clearance chain.

Ahead of the implementation of the directives, the GPHA, the GCNet, West Blue Consulting, the Customs Division of the Ghana Revenue Authority, the Ghana Shippers Authority, the Ghana National Chamber of Commerce and a host of other stakeholder institutions, including the freight forwarding associations, embarked on several engagements with importers and freight forwarders to educate them on the paperless system

The Information Technology systems providers for the paperless processes, mainly West Blue Consulting and the GCNet, expressed satisfaction with the successful take-off of the directive.

They were of the view that the paperless port reform would reward importers and agents who presented genuine and legible supporting documents before the arrival of the vessel or flight, in line with the existing pre-arrival assessment reporting process.

A 2010 study by the West Africa Trade Hub (WATH), a non-governmental organisation with focus on removing trade barriers in West Africa, found that delays in transacting business at the Tema Port and corruption on the Tema-Ouagadougou route were major impediments to promoting competitive trade between Ghana and Burkina Faso.

It found that delays at the Tema Port remained the major impediment to importation, as almost half the standard time and more than half the additional delay occurred during the port clearing process.

The research compared the Tema-Ouagadougou route to the Chicago-Newark route, which are of the same distance, indicating that transiting goods from the Tema Port to Ouagadougou cost seven times as much as moving goods from Newark to Chicago.

It, therefore, recommended the creation of a single market in the ECOWAS region in order to eliminate internal borders between ECOWAS countries and ultimately create a single transport and logistics market which would effectively make Burkina Faso and other Sahelian countries in the sub-region “non-landlocked”.

The study also called for the streamlining of customs procedures to reduce the excess documentation and deregulation of the West African trucking market to promote competition based on pricing and quality service in order to eliminate corruption.

This site uses Akismet to reduce spam. Learn how your comment data is processed.